We’re living in a golden age of featherweight sports cars. If you’re looking to go fast at half the heft, the likes of the Porsche Cayman and Alfa Romeo 4C can more than accommodate. Add in all the boutique sports car automakers and you have a veritable full house of options – everything from the Ariel Atom to the 700-horsepower Rezvani Beast X.

This is one you might not know about however – it’s called the Deronda G400. Weighing in at a scant 1,900 pounds, the Deronda punches hard with a GM LS2 Corvette engine, which is hidden under its rear deck, giving it incredible agility and a massive power to weight ratio.

In 2013, Jay Leno took this car for a spin, calling it “a super bike for a guy who doesn’t like motorcycles.” A few years earlier, it was compared it to a jet—”agile, powerful, and built for speed.” Now it’s up for sale

, and the price may surprise you. 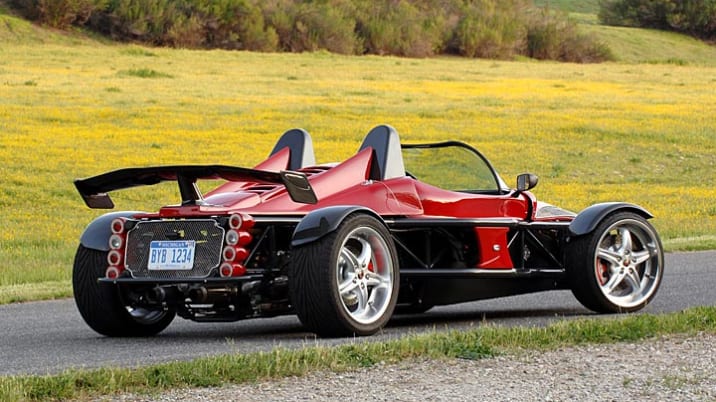 First and foremost, the figures. The Corvette V8 tucked in the rear wallops a hearty 400 horsepower and 400 lb.-ft. of torque. In a car that weighs much less than a Mazda MX-5, that’s huge, and it’s enough to rocket the Deronda to 60 mph in a hair over three seconds, and all the way up to a searing 190 miles per hour, thanks to a Porsche G50 five-speed transaxle. Um, yikes.

Like the Ariel Atom and a few other featherweight contemporaries, the Deronda features a minimalistic tube frame chassis, which in this instance, comes draped in a fiberglass and carbon fiber body. Note the impactful “shark nose” front end. 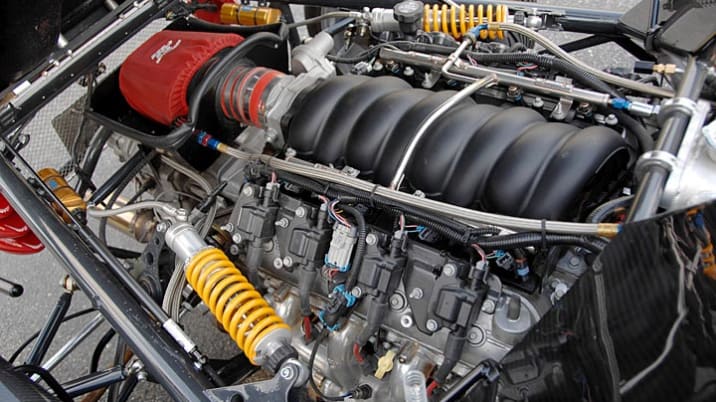 Look beneath the body and you’ll find some of the G400’s more racecar-inspired bits. The chassis comes equipped with a nimble pushrod-style Ohlins suspension, a Racelogic traction control, foam-baffled gas tank, and an onboard fire suppression system. While it’s a track car through and through, interestingly enough, it is said to be road legal.

You don’t get much as far as creature comforts go—there’s no roof—but you do get a proper windshield, something not exactly standard in the track car marketplace. You do get a front row seat to a thunderous V8 soundtrack however. The Corvette mill in the boot absolutely erupts through a short pipe exhaust. 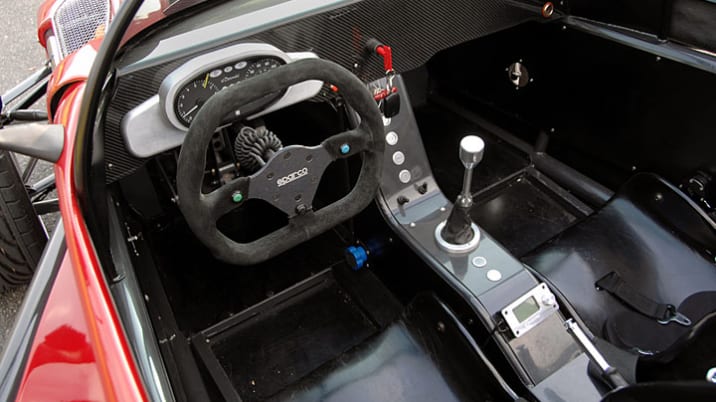 As Leno notes, you could equip one with the elder Corvette Z06’s 505-horsepower V8, that is, if you’re looking to blast off into orbit.

So that price “surprising” tag? The Deronda G400 asks just $65,000. Surely, it may not have the same brand cachet as a Porsche, Alfa, or another track-centric roadster, but for more power than a Porsche Cayman GT4 at three quarters of the price, perhaps it’s a bit of a bargain.